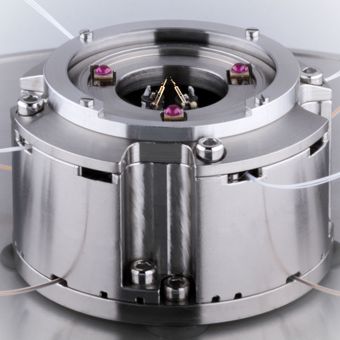 
Real time optical microscope movie of the positioning of the sample and four tips on a structured wafer. The structured rectangles have a size of 30 μm x 50 μm. 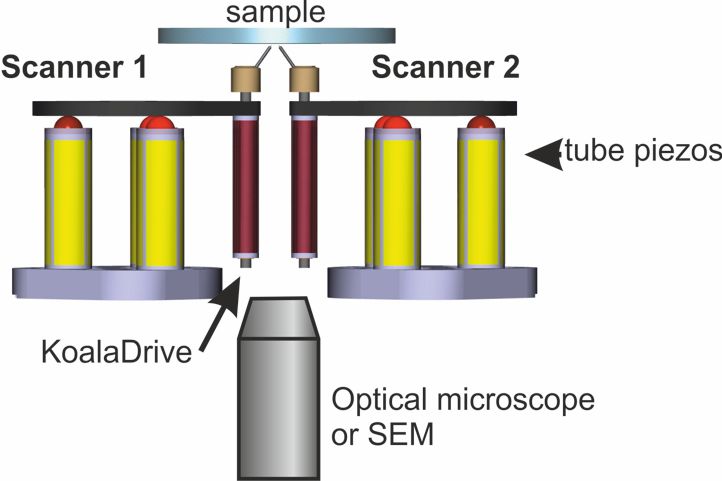 Sketch of two of the four modular units of the Koala TetraProbe. Each unit consists of a KoalaDrive used for the coarse tip approach towards the sample. The KoalaDrive is fixed to a plate (resting on three balls fixed to three tube piezo elements). The plate is moved according to the design of the beetle STM allowing for a coarse motion in the xy-directions. The xyz-scanning of the tip is also performed by these three piezo elements.

Movie of an elastic bending of a GaAs nanowire (left). SEM zoom to nanowires (right). 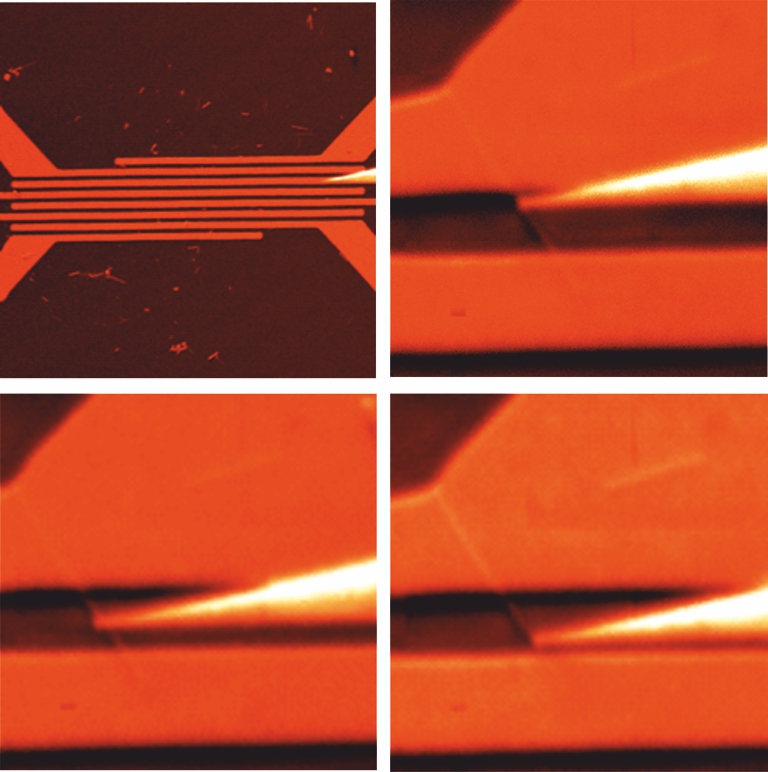 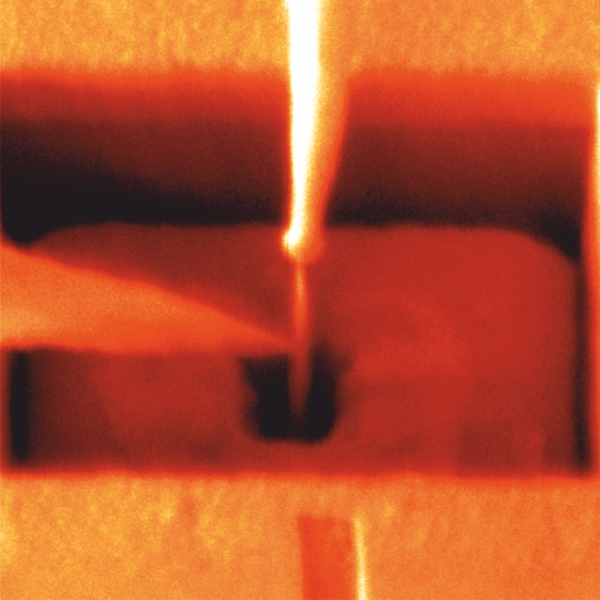 
Some results are discussed this application note


We offer SPM solutions according to your specific requirements.

Please do not hesitate to discuss your requests with us.

Any inquiry can be sent to:   info@mprobes.com